Ben Tullipan had a successful Balinese furniture import business on the Gold Coast.

On 12 October 2002, Ben was in Bali on one of his many buying trips. Later that night, Ben called into the Sari Club to buy a bottle of water. It was at the same time that a suicide terrorist had parked a van containing a one tonne car bomb outside the Club. Ben chatted to some Aussie guys in the Club and was walking out when the car bomb was detonated.

Ben was about 5 metres from the van when he saw the explosion come out of the vehicle and he was blown metres away. He knew he was in a bad way. He could see the horrific injuries his legs had received, he could see shrapnel throughout his body and knew that he was severely burnt. He believed he died for a few moments, floating above his body, looking down on the scene. But he came back to as people were shouting at him. It wasn’t his time to leave this world. He was taken on the back of a ute to Sanglah Hospital where he was placed in a corner with a sheet over his face as nurses thought he was dead. An Australian man saw the sheet on his face move and got whatever assistance he could to Ben.

The Australian Air Force came in and numbered the injured starting from number 1 being the worst injured and so on. Ben had the number one written on him. He was conscious throughout his entire ordeal and was fully aware of what was going on around him. Outside the Sari Club he saw bodies of many others around him and sights that no one should have to see in their lifetime. It was like a warzone. He was flown by Hercules to Darwin where upon landing he went into a coma where he remained for some months. Ben was taken by Lear Jet from Darwin to Sydney’s Concord Hospital where he underwent many operations and skin grafts.

Ben is Australia’s worst injured survivor of the 2002 Bali Bombings Terrorist Attacks, losing both his legs, most of his stomach muscles and receiving 63% full thickness burns to his body. He was given a 5% chance of survival. Not only did he fight on and survive his horrific injuries, Ben’s inspiring ‘never say die’ attitude saw him learn to walk again on two prosthetic legs and start playing Golf.

He is living proof that life is worth living regardless of challenges and obstacles.

Ben is passionate about promoting sport, in particular Golf, to those with a disability, encouraging less able Australians of all ages and abilities to play Golf as a viable form of rehabilitation and recreation.

More recently Ben has become an advocate for showing Australians that having a disability doesn’t have to stop people from having fun and making the most of opportunities.

Ben hit the road in 2019 with the Dometic Follow the Sun Relay. The Follow the Sun Relay was a collaborative effort between Dometic, Winnebago and Caravan Industry Association of Australia. Ben travelled in the Follow The Sun Winnebago showing what holidaying in a motorhome is like for a people with disability.

Ben was also named the Inclusive Ambassador at the 2019 Caravan Industry Association National Conference held on the Gold Coast.

In October 2019 Ben was invited to speak at the Australian Regional Tourism Convention in Tasmania talking about the current situation in the tourism industry in regards to accessible tourism for the disabled and it’s lack thereof.

In 2011, Ben was featured in a documentary on terrorism called ‘LOVE HATE LOVE’ that was Executive Produced by Actor and Humanitarian Sean Penn. The film premiered at the Tribeca Film Festival in New York City.

Originally from NSW, Ben has been living on the Gold Coast for many years bringing substantial awareness to communities via the media, raising the awareness of disabled sports, participation and it’s benefits, as well as increasing the profile of disabled people not just locally, or interstate, but nationally as well.

In 2020, Ben was honoured to have been offered a position in the The New Zealand Open Golf Tournament as 1 of only 4 invitational competitors. They included an All Abilities field to play alongside the professional golfers….. same course, same holes, same tees.

Ben now gets noticed for a lot more than just being our country’s worst injured survivor of the Bali Bombings.

His contribution to the disabled community is exemplary.

2006  Pride of Australia Medal for Courage

2016  Queensland Father of the Year

2019  Finalist in the Westfield Local Heroes

2020 Ambassador for Under Armour Australia 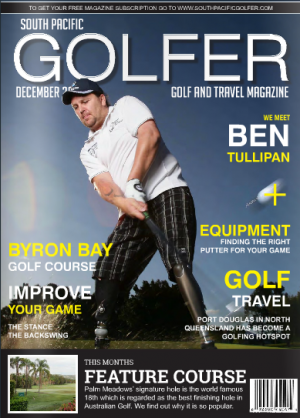 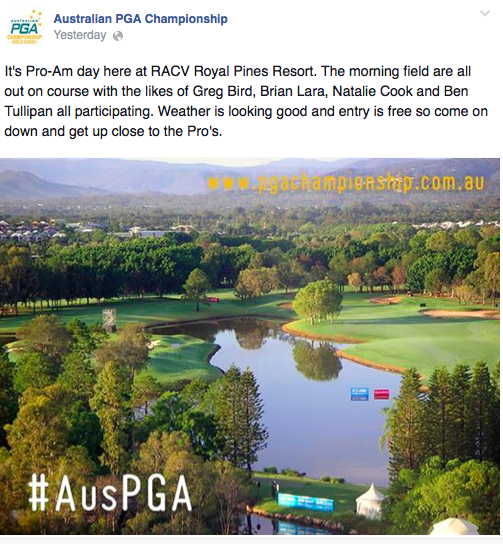